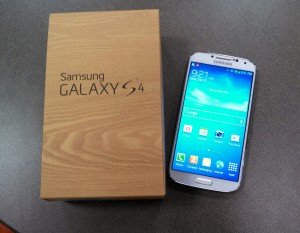 So, I recently got the Samsung Galaxy S4 for Verizon Wireless. Having recently switched from T-Mobile, I had mixed reviews about the network (T-Mobile has pretty good service in my area), but loved the phone. Before I got the S4 I had an AT&T Samsung Galaxy Note so it was a decent upgrade with some trade-offs. Either way, that’s not why you are here.

So I rooted my S4 nearly immediately using the popular XDA method. Unfortunately, all of the cool new features in the S4 are pretty much Touch-Wiz only and I’m not real big on Touch-Wiz. So I did the normal thing, I looked on XDA for a decent rom that didn’t appear to have major issues. Unless I stick with a Touch-Wiz based rom, I lose all of the fun things like TV remote, air gestures and the like. So I figure I’ll the phone is pretty new, I’ll give it some time.

The other day I read about an OTA update being pushed out by Verizon. Crap!  A week later, I finally get the little notification on my phone. According to the fine folks over at Droid-Life, this update kills root and the currently known root methods. I obviously don’t want to lose root! But this stupid notification won’t go away! Grr… Now it keeps popping up and I’m getting really close to accidentally clicking the install button! What to do?

Thankfully, a fellow Android (and VW) enthusiast (woo) by the name of DanSan left a gem of a comment over at Droid-Life. His comment includes instructions on how to stop your phone from attempting these crippling updates.

if you’re rooted but on stock rom, do this to stop OTA’s

And just like that, all was well again with my phone! However, in my case, I used Rom Toolbox Pro. Love that app. Well worth the cash. Thanks again to DanSan wherever you are, even if he wasn’t the first person to post this, you saved my phone!