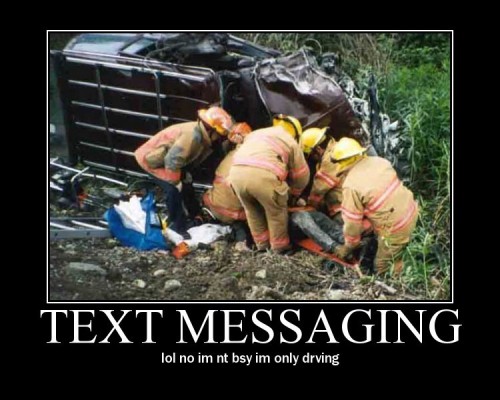 Lets face it, SMS sucks. Or does it?

In case you missed it, I wrote an awesome article about why I don’t like it when people text me. I was then later informed by my brother that all of the features I mention about hangouts are the reasons why he still uses text messages.

Being able to tell if someone has read a message was a bad thing for him. He said if he is texting with a girl, she doesn’t need to know if he read it or not. It sounds like a mess to me.  He also claimed that because the girl couldn’t see if he read the message,  if he wanted he could go for days without talking to her. He was fine with that. He also claimed that it gave him an out at any given moment.

Inefficiencies of SMS. Because SMS has a past of being, erm, horrible.  One can simply cite that he never got the text or that he did in fact send you a text and you never received it.  A positive for some, complete negative for me.

He went on to say that he still uses hangouts because there is a time and a place. Strangely, he is even able to use it with the same girls. I’m just going to go ahead and say it, they are dumb.

So there you have it. My opinions aren’t flawless. Never claimed they were,  they are just my observations. Feel free to call out the rest of my rants.