This was my first shot at Home Automation. I was new to the game and had purchased some cheap X10 modules. X10 is by far the cheapest solution you can get for basic home automation. It has flaws but I won’t go too far into that. Basically, with X10 you plug a transmitter into one of your wall outlets, then get additional receivers for your wall switches and outlets. You then buy a remote and it has a few options to allow you to select which light or outlet you want to turn on or off. It tells the transmitter, it converts it to something the receiver can understand and turns it on or off. The remote has a decent range but you gotta be in the house. Pretty basic stuff. 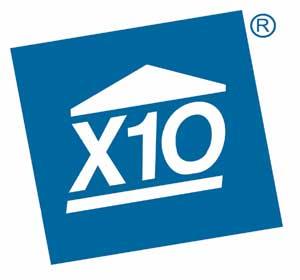 Don’t ask why their logo is crooked. I don’t have an answer

Unfortunately, X10 is only one way communication. The light doesn’t talk back to the transmitter to tell you if it is in fact on or off. But you get what you pay for. Anyways, I’ve got this up and running pretty good. All my lights in my house and all the outlets I care about are on the system. How to take it a step further? What if I want to turn my porch light on from work? Don’t ask why I would do that but when you come home late at night, you know you wish you turned that light on before you left. So I’ve got to figure this out. I’ve got this old old old serial port firecracker device that lets me control the X10 stuff from my computer. Why can’t I run that from the web?

Ding ding ding! Done. Now I can control it from the web browser! But what about my phone? I don’t want to load a page in the browser on my phone, that’s why we have apps. Done and done. Now I can even voice control my lights! Heck yes, now we are cooking. However at the time, Android’s voice recognition system wasn’t as awesome as it is now and would often get confused.

Long story short, I moved and no longer have any of this stuff setup. That will come in a future post. However this time I’ll be using the right gear and not the poor man’s home automation. Also, RIP T-Mobile G2. We had a good run.