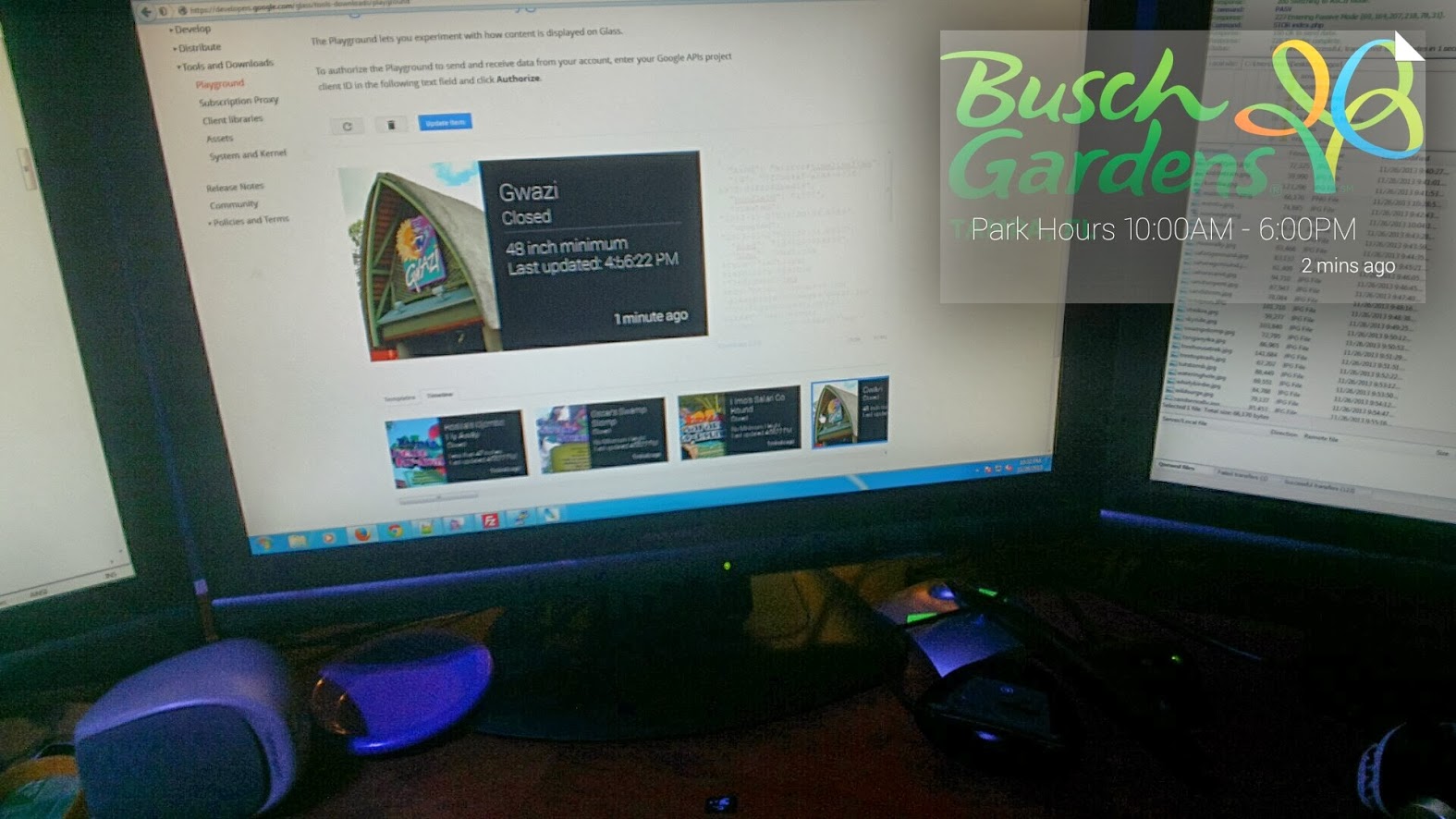 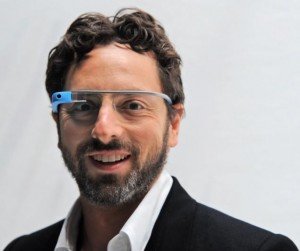 At the end of October 2013, I was given the opportunity to purchase Google Glass. Thankfully I did! Google Glass is an amazing device with endless possibilities. I’m going to touch on a few of the experiences I’ve encountered with Glass.  Everyone always posts about features, apps and games. I’m going to post about real life reactions.

Week one with Glass
I’m a celebrity in my own mind. Wearing Glass was something I looked forward to every morning of every day. Going to new places and trying new features topped my list. Constant thoughts about additional features and types of apps I’d make. The mirror-api was the only documented way to create apps. With so few applications available for the prototype device, I began developing and reading every morsel of information about the device. It totally consumed me. 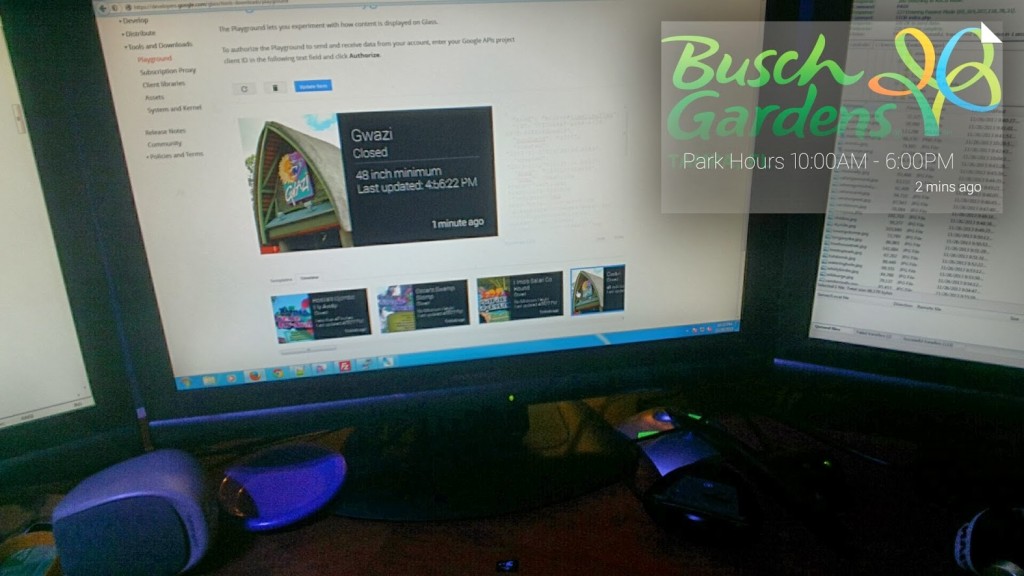 Door opener
Within my first 2 hours with Glass I had taken it to IAAPA, the theme park trade show in Orlando. This is where vendors, would be start ups, ride techs, dreamers and dare I say “imagineers” demo the latest products, games, and technology that you could see at a theme park. Walking from booth to booth, I couldn’t make it 10 feet without getting stopped by someone asking for a demo. Keep in mind the people I am surrounded with… these are people who make fairy tales come to life. They wanted to talk to me?!? Nah, they just wanted to check out glass, but it’s a pretty slick door opener. If I was there pitching something I would have had open ears from literally everyone I came in contact with. 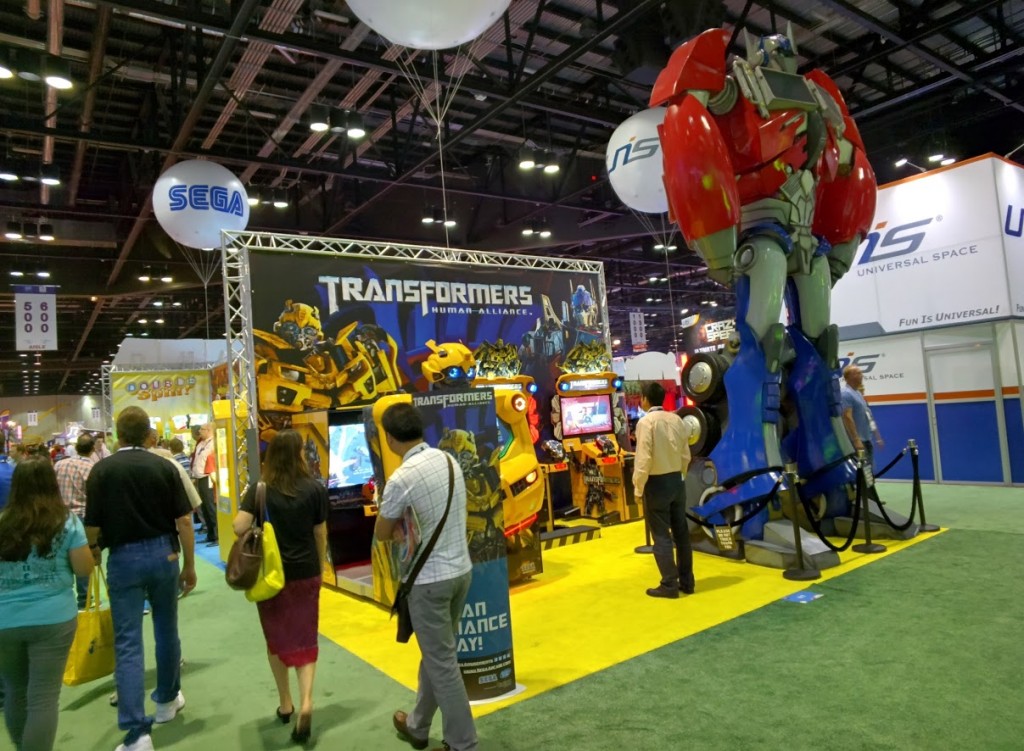 But, everything isn’t always perfect. This is real life after all. Nothing goes as planned…

Interaction with the public – DEMO DEMO DEMO
When you wear Glass in public, be ready to demo. It WILL happen. It’s all part of being an explorer. You come across all types of people. Some are excited and want nothing more than to try them on, others just want to know what the heck it is. I’ve had experiences where people will just glare and stare like I’m up to no good. Although sometimes that might be true, most of the time it’s not. Unfortunately there isn’t much you can do about people like that, they just don’t know enough about Glass and only go by the myths and assumptions they have created in their mind. Until they actually research or try on a pair, good luck convincing them. There are also the times where a group of people will straight up talk about you like you can’t hear them. I typically ignore them because eventually one of them will ask to verify that it is in fact Glass and a demo will begin. Regardless of the different public scenarios, you better be ready to demo. 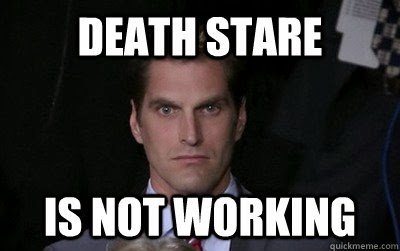 They know more about it than you
Until Glass is mainstream, people will assume you are recording everything. People will tell you that you cannot drive with Glass because “oh that one lady got a ticket” or a version of it. Glass Explorers are a tight community on Google+. When Cecilia Abadie posted the ticket, we all knew. So I politely tell them, “Oh you mean Cecilia? Yeah, I follow her on G+, you know she was speeding, right? You know that ticket was thrown out, right? Oh you didn’t?” Unfortunately mainstream media didn’t really cover the outcome of the ticket. This is Google Glass’ “Hot Coffee” issue. I’ve also had people tell me that Glass doesn’t work right and one guy told me that Google employees don’t even wear them. Whatever.

Actually my fault here
Remember when I said people will assume you are recording everything? Well here is a story for ya, I took my son to Chuck E Cheese one Saturday with Glass. Bad idea… I know. It’ gets worse. Just some glare stares but I’m okay with that. Everyone is having fun, I win some tickets, my boy is happy, all is well. Bathroom time. Like an idiot, I kept wearing Glass while in the bathroom. Those who know Glass know that this is about the same as having a cell phone in your pocket. Glass is off by default unless you interact with it. Well the guy who had his son in the bathroom was under the impression that Glass records everything and boy did I look like a pervert. He had some choice words for me and thankfully he didn’t push the issue. From that point on I’ve been very careful with Glass in a public restroom.  That was a close one.

Glass is only the beginning. Wearables will consume the market very quickly. In my opinion, Glass is worth every penny. Circle me on G+ to see even more of my adventures