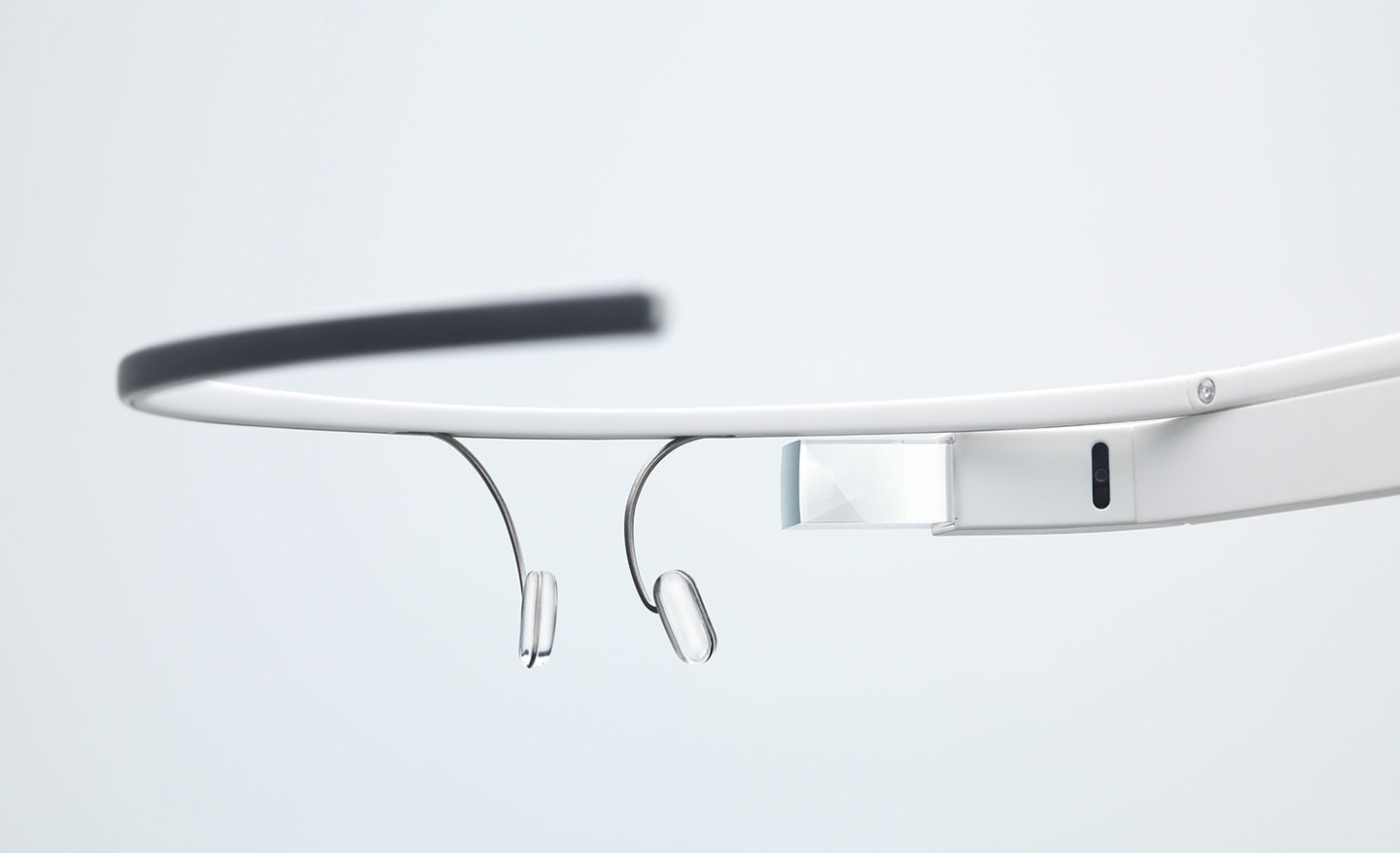 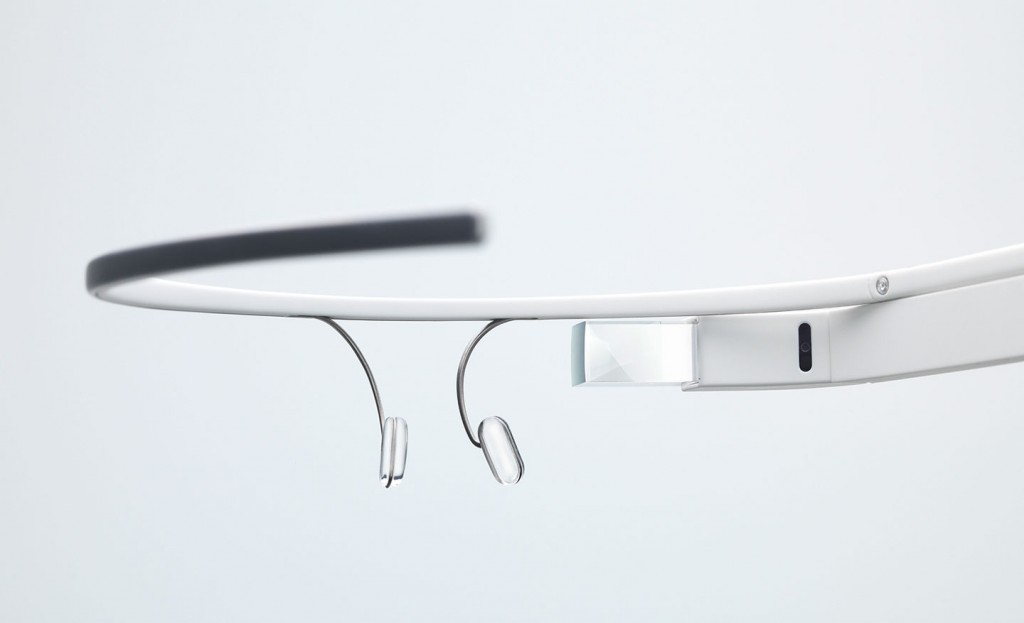 For those who don’t know what Google Glass is, that isn’t what this post is about. I’ll let you use ol’ google for that.  Start here

There are at least a few thousand glass units that we know are in the hands of the public. Outside of California, seeing one in public is a pretty big deal. For starters, you can’t just go buy a pair. You have to be chosen. Sadly, I’m not part of the chosen. Simply because I was unable to secure a ticket to the sold out Google I|O. But, that’s okay.. I went to DEF CON for the last two years instead. No issues there.

To be fair, I had my first run in with glass at DEF CON earlier this year. Everyone was hounding the poor guy wanting to try Google’s latest gadget. I didn’t want to add fuel to this guy’s poor decision so I left him alone. Seriously, who takes exclusive gear to a hacker conference? This was clearly not the time or the place. Anyway, I’d been infatuated with Glass ever since I saw the first prototypes sneak out of Google’s Headquarters on the higher ups. Then when they did the amazing over the top demo at Google I|O, I knew I had to have one.

So I waited for the hype to die down a bit and headed on over to the Google+ group, Glass Explorers, and simply asked if anyone was in the area and would be willing to demo them for me. Thankfully there were some very nice Explorers (as they like to call themselves) willing to meet up with me in Orlando. Three days later and about a 2 hour drive, I finally got to check out Glass in person. The Glass unit I tried belonged to Keith Myers who happened to be in Orlando for a Disney trip. I met him at the Mall at Millenia (which is huge btw) in the food court. He was easy to spot, he was the guy with a cord hanging from his glasses. You really don’t see that every day.

So the moment finally came, I put on the Glass unit and was literally shaking from the excitement. I was overwhelmed. All I could keep thinking about was everything I had read online about how to use the device, the apps, the camera, etc. and was trying not to make a scene with the ridiculous smile I had on my face. Then, Keith told me to look up so the unit would turn on. It was amazing. It was like there was a huge billboard right in front of me but it was always out of the way of everything that was going on. It wasn’t distracting, but it was there. So now I’m cheesing like never before while my head is unnecessarily tilted looking up at the screen. Keith quickly told me I could tilt my head back down. I’m sure he was regretting his decision to demo the unit at this point. I bet I looked like a grinning idiot.

Since the unit wasn’t mine, I didn’t feel like I should be scrolling around all up in Keith’s business, but then he told me to go for it! Seconds later I had taken a picture of a plant, whoops! The screen on glass was pixelated, but clear enough to see everything. This is clearly not 1080p but text was still very sharp and easy on the eyes. One thing I did note during the demo is that it’s very difficult for someone to follow what you are looking at without someone saying “OK Glass” at some point. For those who don’t know, “OK Glass” is the audible signal used to tell the Glass unit what you want to do. So I followed with “OK Glass, take a picture” and yet another picture of the plant was saved on his device. After I figured out how to delete the images, I finally got a chance to hear Glass read some news aloud over the bone conducting speaker. It was very difficult to hear in the mall but I’m sure in the right setting it works wonderfully.

Glass uses a flip book style interface which allows you to swipe left and right to switch screens, apps, pictures, ect. It’s the primary interface for the device. I was a huge fan of this. It reminded me of Google Now. It also allows you to tap and swipe up and down to select/exit things. I found that swiping down on the small touch panel didn’t exactly feel natural or intuitive, but it worked well. I’d imagine with more than 20 minutes of playing with Glass, all of the gestures and audible cues would become second nature and able to be done without thinking.

So how did I like it? If you couldn’t tell, I loved it. It was like having Google Now’s unobtrusive information readily available without even taking a minute of your time. This was clearly an experience I’ll never forget. I couldn’t imagine being that connected. I use Google Now for everything these days as-is. 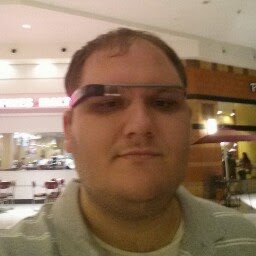 Sadly, Keith had to go and my demo was over. I snapped the obligatory Google Glass pic and he was on his way. I quickly hopped on eBay and started trying to justify spending $4,000 on a used pair of the $1,500 prototype. Unfortunately, something tells me I won’t be getting one any time soon.

Chad.local @outkastz
outkastz RT @TriglassPro: BTS @buccaneers // The Arctic Crossing. Made for the 2022 Tampa Bay Buccaneers Show Open. Take a quick peek into the 3D sc…
3h
outkastz This is how it's done. https://t.co/QAchMQyl30
24h
outkastz The current state of FSD. https://t.co/Dc2ysiNXZK
Nov 26
outkastz RT @brianwhelton: Our latest product release successfully installed, this earthquake proof network will sway in rhythm with any shocks and…
Nov 26
outkastz There is no escape. Friends operating cameras and controls. #GoBolts https://t.co/4MlcHUJaLK
Nov 26